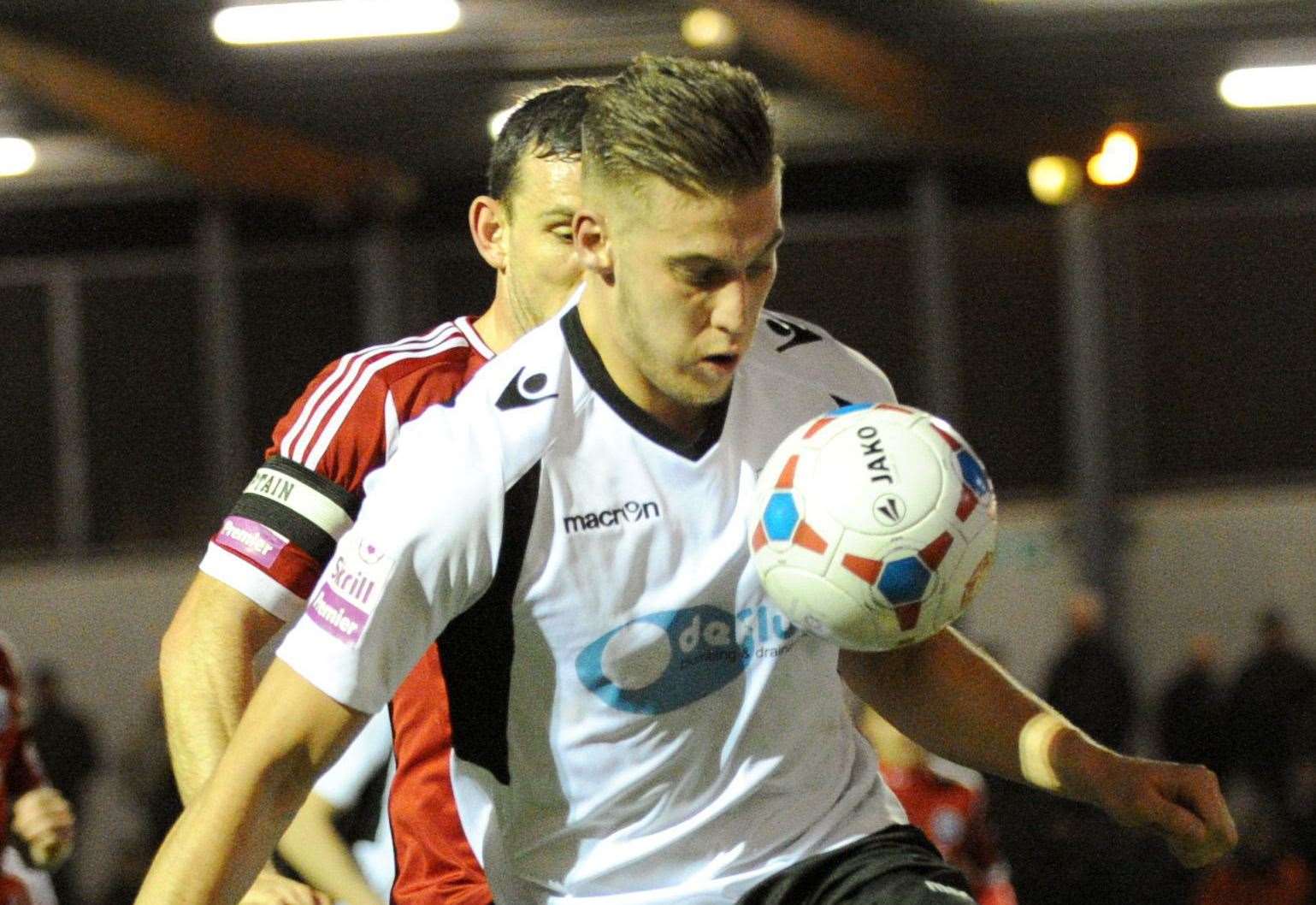 Alan Dowson is backing the return of Dartford striker Alex Wall to score 20 goals this season.

Darts manager Dowson has looked to Wall to add a physical presence to his frontline, but the striker’s recent injury struggles mean it may be seen as a gamble in some quarters.

Dowson, however, said Wall was fit and eager to go on what will be his third spell at Princes Park.

“In his time, he’s one of the best in the league, he has everything to prove,” Dowson said.

“I have to show some confidence in him, we got him medically checked by the doctors and the medical team and there is nothing wrong with him.

“He’s had a few injuries over the last year, but that just shows there’s nothing wrong.

“I have full confidence in this boy, he just needs a little bit of confidence that he can play 40 games a season, that he can score 20 goals – like he did at Concord – that ‘it can cause headaches to the tusks.

“His biggest problem has been getting enough playing time on the pitch and that’s what we need to work on, he needs to get 40 games a season.”

Wall left Havant at the end of last season and Dowson admitted that Dartford could not offer him a deal similar to that offered by the Hawks.

He wants Wall to bring some badness to the team.

“We can’t afford what he was like last year, but he wants to come here and prove a point, he feels he can do that here and he likes the Dartford way, having played here before.

“I hated him when my teams ran into him, I was yelling at him and everything! But I have complete faith in him, you want him on your side because he’s mean, fair but mean, to play against.

“You need badness in your team, we have good footballers but you need a couple who see the other side of things and that’s what they will give us on and off the pitch.

“He trained well in the first session on Saturday and he wants to come out and score goals for Dartford.”

Dartford also signed young defender Maxwell Statham, who impressed for struggling Welling last season when he was runner-up in their Player of the Year voting.

The 21-year-old can play anywhere on the back line.

“He was at Tottenham and Watford, had his first year in senior football last season and he’s only going to take advantage of that and get better,” Dowson said.

“He’s a youngster who we think can progress. He can play winger, right centre-half or full-back.

“You can have a team in your head but you need flexibility in your players because we play Saturday-Tuesday all the time.

“There are more teams in the league this year, so you need a bigger team but not 20 players.

“If you have players who can play three or four positions, that will help you, and he is one of them.”