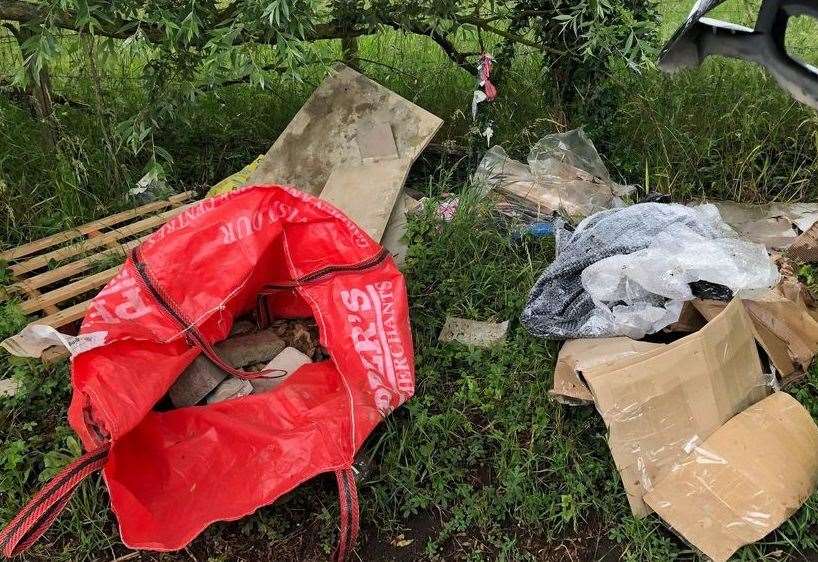 Patrols will depart under cover of darkness in the war against the tippers.

Gravesham Council Environment Officers have joined forces with Kent Police in a new initiative which will see officers carry out proactive patrols and roadside checks in rural areas of the borough in the evenings, nights and weekends -end.

Many fly tipping offenses take place after dark and on Saturdays and Sundays, and this work will attempt to catch those involved in environmental crimes and then prosecuted.

In addition, police officers will check vehicles for road traffic and criminal offences. Not only do those involved in the fly tipping in rural Gravesham face the risk of secret cameras, they also risk arrest and, if necessary, having their vehicles seized by the police.

Gravesham Council officers are already working with the Kent Police Rural Task Force and other partner agencies to target illegal waste haulage and environmental crime. On many occasions, people associated with fly tipping and their vehicles are often involved in other criminal activities.

Cabinet Member for Community and Leisure Cllr Shane Mochrie-Cox said: ‘We are truly delighted to be working with different agencies such as Kent Police to help find and prosecute those who commit environmental crimes in our borough. .

“While this operation is primarily targeting rural areas, officers are also working in urban areas to prevent fly tipping, find those responsible and issue fines and prosecute where we can.

“Gravesham is a beautiful place and those responsible for these selfish and reckless crimes should be ashamed of themselves. We will do everything we can to try to stop them. »

One of the latest operations took place on Thursday May 5 when environment officers from Gravesham council and Kent special constables carried out a number of roadside checks in rural areas which came under high levels of spillage on the fly.

News of the patrols comes the same week as Gravesham Council reported another successful chase.

Aman Sahota, of Oakdeane Avenue, Erith, pleaded guilty at Medway Magistrates Court to an offense relating to the dumping of flies in Buckland Road, Higham, in June 2021.

A spokesperson said: “Evidence has been found linking the accused to the offence. An officer from Gravesham Council’s Environmental Enforcement Team has asked Sahota to provide documents which would have identified who was responsible, he did not do so and subsequently did not contact the officers.

“He pleaded guilty to the offense and was ordered to pay a fine and costs totaling £741.”

Cabinet Member for Community and Recreation, Cllr Shane Mochrie-Cox, said: ‘As a borough and as a society, we shouldn’t be in a situation where we have to catch and fine people for litter, fly dumps or any other environmental crime.

“Littering anywhere is not acceptable and we will continue to catch and fine these people.

“We have hidden cameras and many other ways to catch these offenders and we will continue to do so. I would personally like to thank all of the council officers who work tirelessly to find these criminals and those who have to clean up the trash time and time again. many times.”