Has the circular economy finally reached a positive tipping point? Has the circular economy finally reached a positive tipping point?

What is the circular economy, why should we embrace it, and is it finally going mainstream? Experts weigh

Positive News has been reporting on the circular economy for over a decade, but so far it has remained a niche concept. Did he finally reach a positive tipping point? Is circularity becoming a business priority?

To find out, we brought together two seasoned observers: Ella Hedley, head of emerging innovators at the Ellen MacArthur Foundation, and Martin Wright, president of Positive News and judge of the Green Alley Award, Europe’s premier prize for business startups. circular. Here’s what they had to say.

Positive News: What is the circular economy?

Ella Hedley: The easiest way to talk about circular economy is to talk about our existing economic model, which is a linear economy. This system extracts resources from the ground, uses them to make products and materials, and then those products are either landfilled or incinerated. A circular economy moves away from this model towards a regenerative model. It aims to eliminate waste and pollution, circulate products and materials and regenerate nature.

Martin Wright: It’s becoming increasingly clear that doing things the old linear way is a problem. Whether it’s CO2 emissions released into the air, releases of fossil fuel by-products, or plastic discharges into sewers. It is now recognized that we need to move away from the take-make-waste model. Nature is completely circular – it recycles everything – it throws nothing away because in nature there is no “far”.

PN: How does the circular economy work in the real world?

HE: Hundreds of companies within our network are actively implementing circular economy strategies, and we’re about to launch a public database of examples of startups doing just that. One of my favorites is Winnow, an AI-enabled scale and bin that tracks food waste in commercial kitchens. It helps chefs reduce food waste in real time, halving the amount of food thrown away. It has been rolled out across the entire global portfolio of Ikea restaurants. It’s exciting to see larger organizations adopting more circular practices and collaborating with startups to introduce disruptive thinking.

MW: There is a real opportunity for big brands to make these ideas mainstream and more politically palatable. Take Marks & Spencer, which has partnered with Dotte, a peer-to-peer online marketplace for children’s clothing. He encourages customers to return clothes when the child has grown up, rather than sending them to landfill. It may sound crazy, but if M&S does it, it becomes normal. 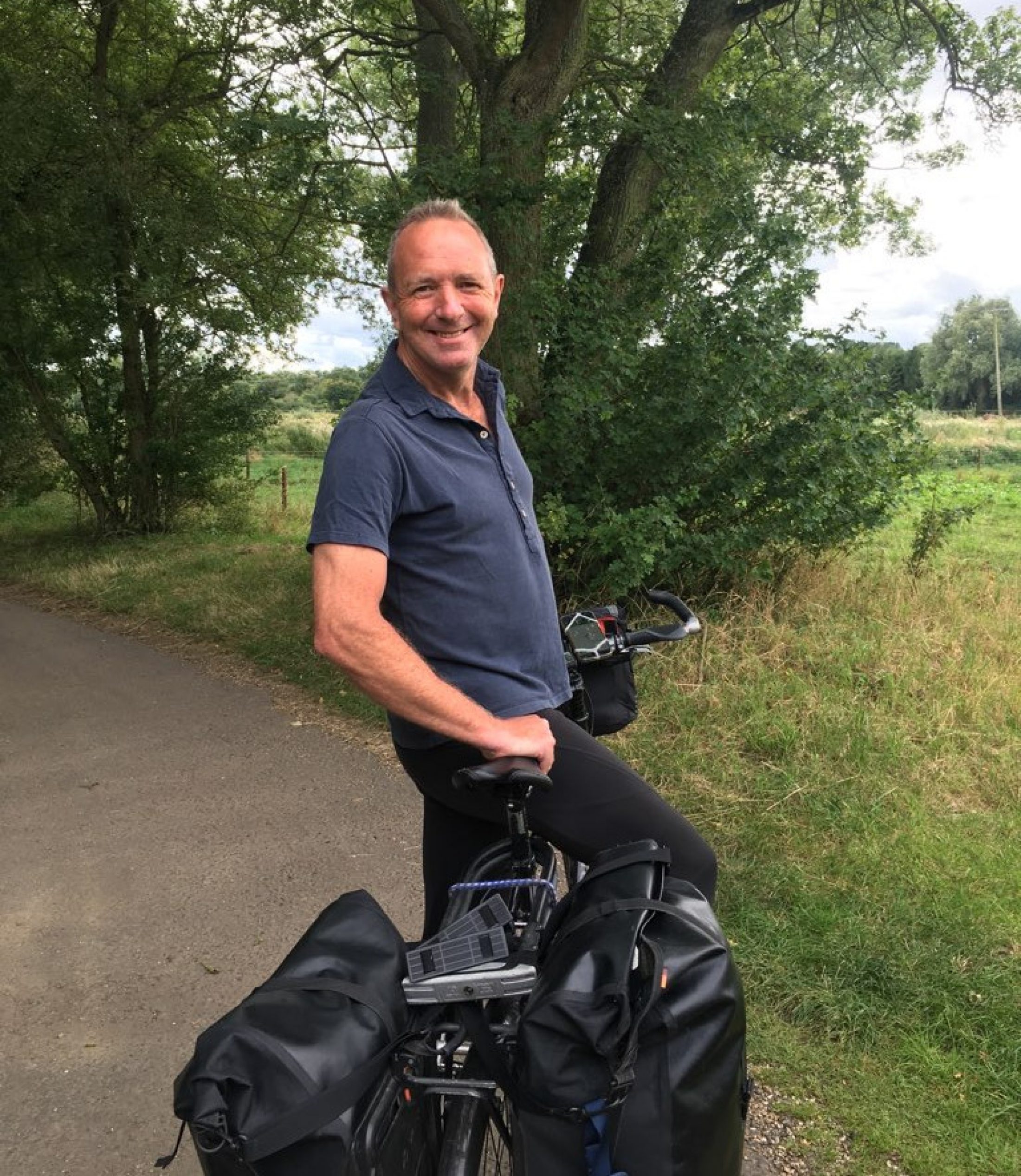 “There is a real opportunity for big brands to mainstream these ideas,” says Martin Wright

PN: Is all of this driven by consumer demand?

MW: Partly, but not enough. There is a fantastic little shop about a 10 minute walk from my apartment called Jarr Market where you take your own jars and fill them with detergent or muesli or whatever. There is no packaging involved. Some supermarkets are starting to experiment with this idea but that won’t happen fast enough to meet the scale of the challenge in terms of net-zero emissions and reducing other waste issues. Governments should step in and put in place a policy framework that accelerates these solutions.

MW: As soon as you start putting a price on carbon, all kinds of things immediately become economic. However, we will not get a carbon tax at a significant level in the next few years. So we should tax what we don’t want, not what we do – tax pollution, not people’s incomes.

HE: There is no miracle solution. [The Ellen MacArthur Foundation has] universal circular economy policy objectiveswhich sets out a framework for governments, cities and businesses around what to consider, but the same policy will not work in Africa, for example, as it will for the UK. 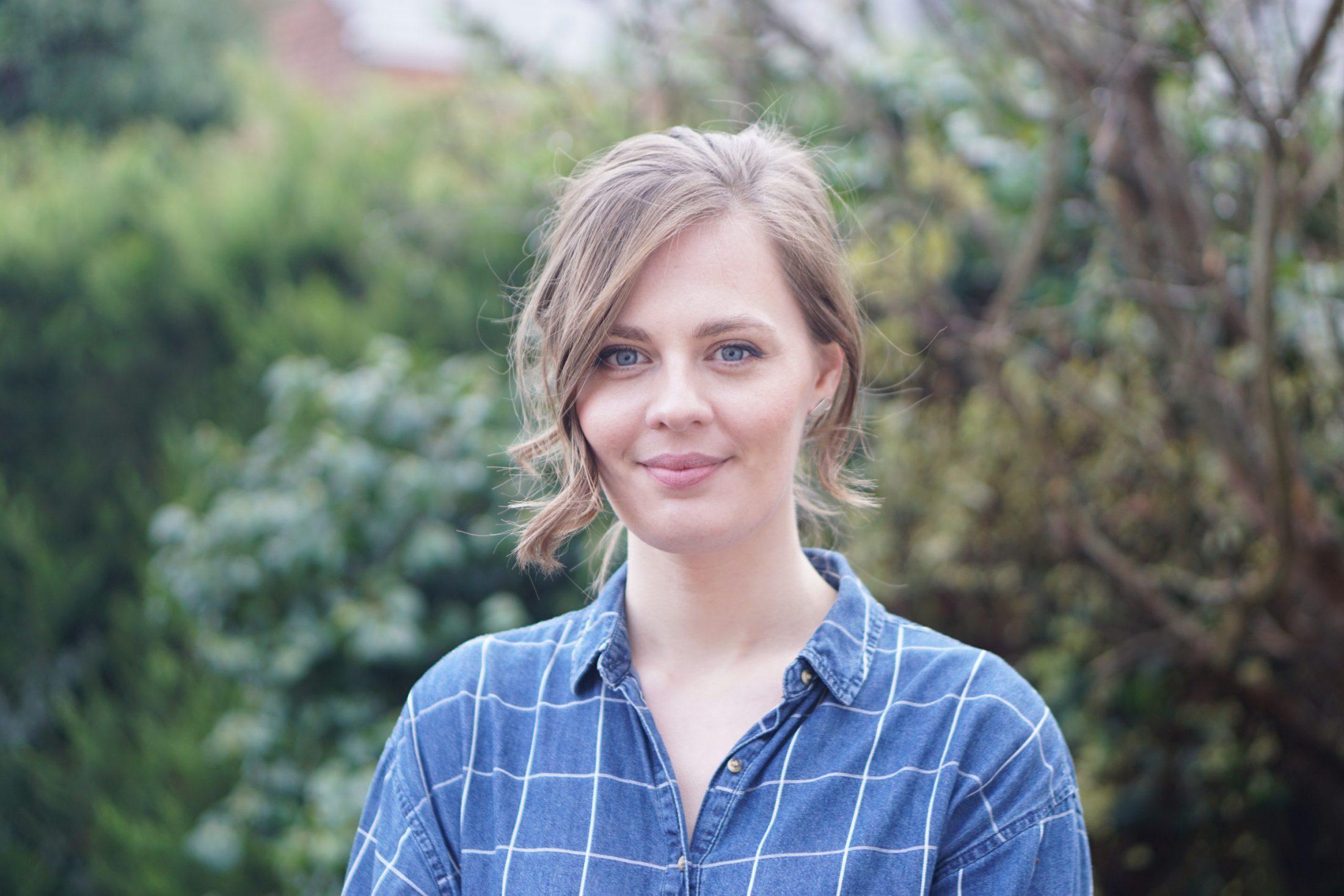 The circular economy has the potential to create jobs and generate economic growth, says Ella Hedley.

PN: How to reuse waste in a more positive way?

HE: As Martin said, there is no “far”. We threw away materials that really have value and really contribute to our economy that we shouldn’t lose that inherent value.

There are now companies like Kaffe Bueno, which collect used coffee grounds and use them to make flour for food or cosmetic products with L’Oréal flavors. Or Back Market, which has just become France’s most valuable startup, valued at €5.7bn (£4.9bn). Its entire business model is based on the recovery of e-waste. This doesn’t solve the whole problem, but it does demonstrate that consumers will interact with a refurbished model.

MW: Another interesting trend is that of business clusters, such as Kalundborg in Denmark, where companies establish themselves in industrial clusters in order to be able to reuse the waste of others. One is taking shape in Teesside and revolves around hydrogen and chemical companies. I think we’ll start to see more of this, and a more supportive policy environment would accelerate adoption. 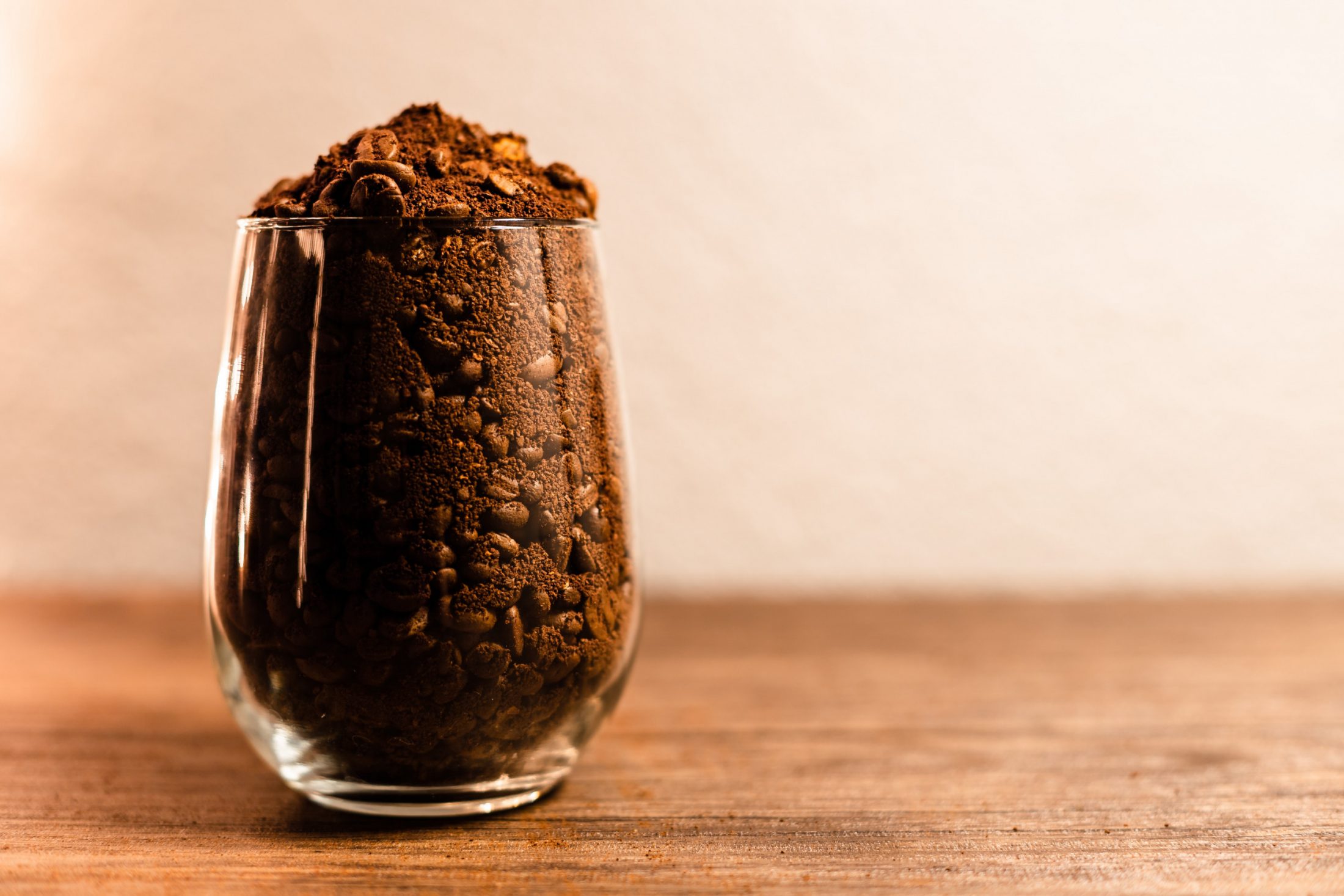 PN: What is the use of the circular economy, outside the planet?

MW: When companies realize that they can make more money by extending the life cycle of their products through repurpose or redesign, I think that can be a way to go from selling stock to efficient delivery of a service. It’s about finding ways to protect the value of your products rather than letting them go to waste.

HE: There is a huge economic opportunity here. The circular economy is an economic model. We know it won’t work if the economy doesn’t work and we are now seeing that it can create new jobs and generate massive economic growth, including around 1.8 billion euros (£1.53 billion ) per year in Europe alone.

PN: Do we also need a change of mentality from the general population?

MW: There are examples where people went from something that was purely circular to something that was horribly linear in no time due to the perverse incentives of something available really cheap. For example, roadside stalls in India sold chai made from little clay [biodegradable] cups, which drinkers threw on the floor when they were done. It was good because it was a complete circular economy – potters were constantly making new clay cups. At some point the clay cups were replaced by flimsy plastic cups, but at least it’s possible to put them back. 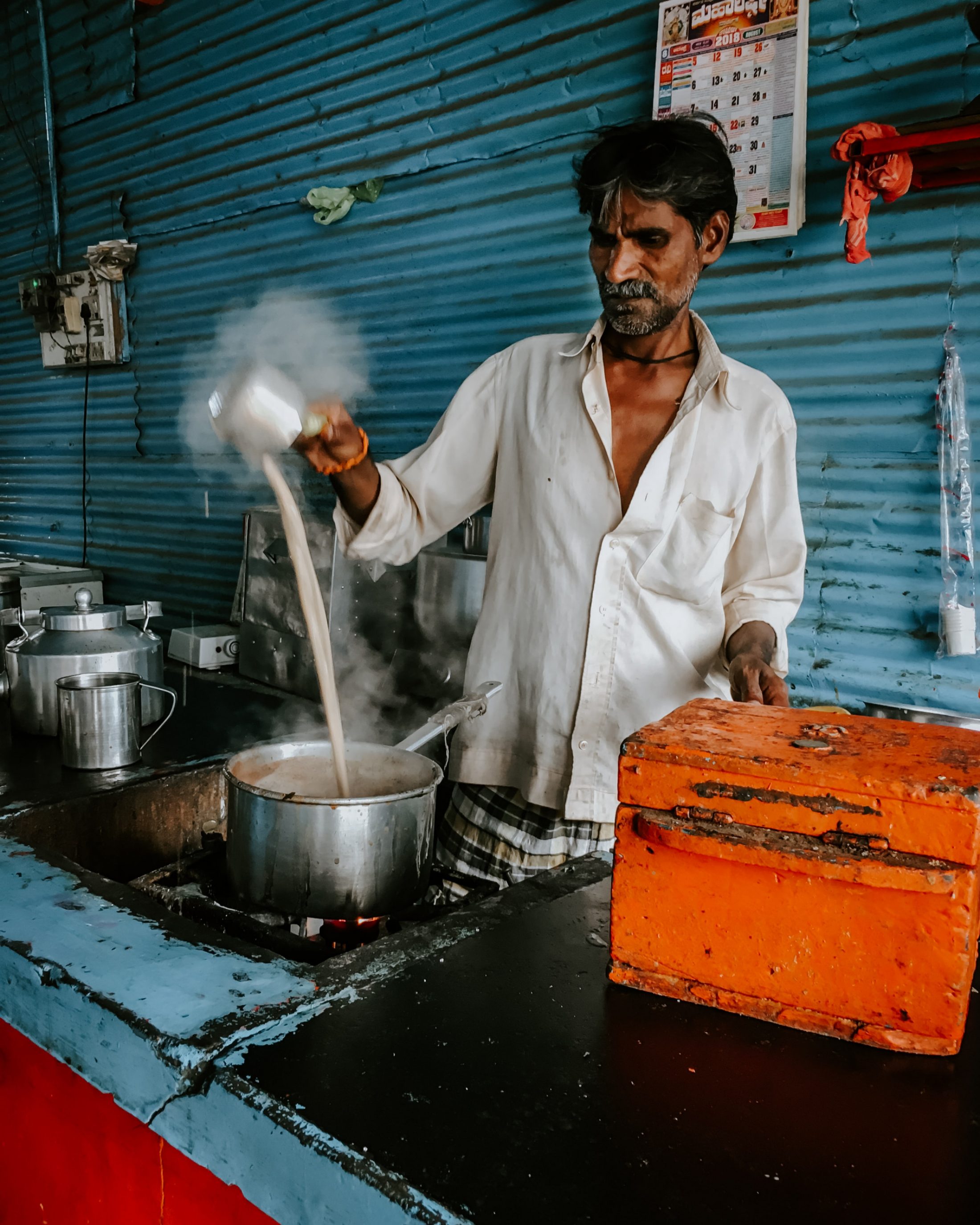 Chai tea was served in biodegradable clay cups in India, which is an example of circularity. Image: Aditya Chinchure

PN: So, has the circular economy reached a tipping point?

MW: Not yet. There are a lot of bright spots and the main thing is to try to join them. Look at things like the Green Alley Award – there are examples of people doing great things.

HE: I was going to say the exact same thing. I don’t think that’s the case yet. We’re seeing some really encouraging signs of where we’re headed, but until we truly transform the global economy, we won’t be there.

PN: Where will the circular economy be in the next decade?

MW: Become much more mainstream or we’re screwed. Nature gives us many things for free, and if we pay attention, we can continue to get them for free.

Help us continue to break the bad news bias

Positive News is helping more people than ever to have a balanced view of the world, a view that promotes their well-being and empowers them to make a difference towards a better future. And as our reach and impact grow, we’re showing the rest of the media that good news matters.

But the UK’s cost of living crisis is affecting our income, with fewer people able to subscribe to a magazine – which has always been our main source of funding. In addition, the costs of paper and printing are constantly increasing.

We don’t want to put a paywall on our website because we believe everyone should have the chance to benefit from good news. But we cannot continue to fund our online reports without your help.

If you enjoy what we do and can afford it, please consider making a one-time or regular contribution as a Positive News supporter. We need 1,000 readers to contribute just £3 a month to help us through this difficult time.

And remember, as a non-profit organization, we work only to serve you, and all funds go to our journalism.