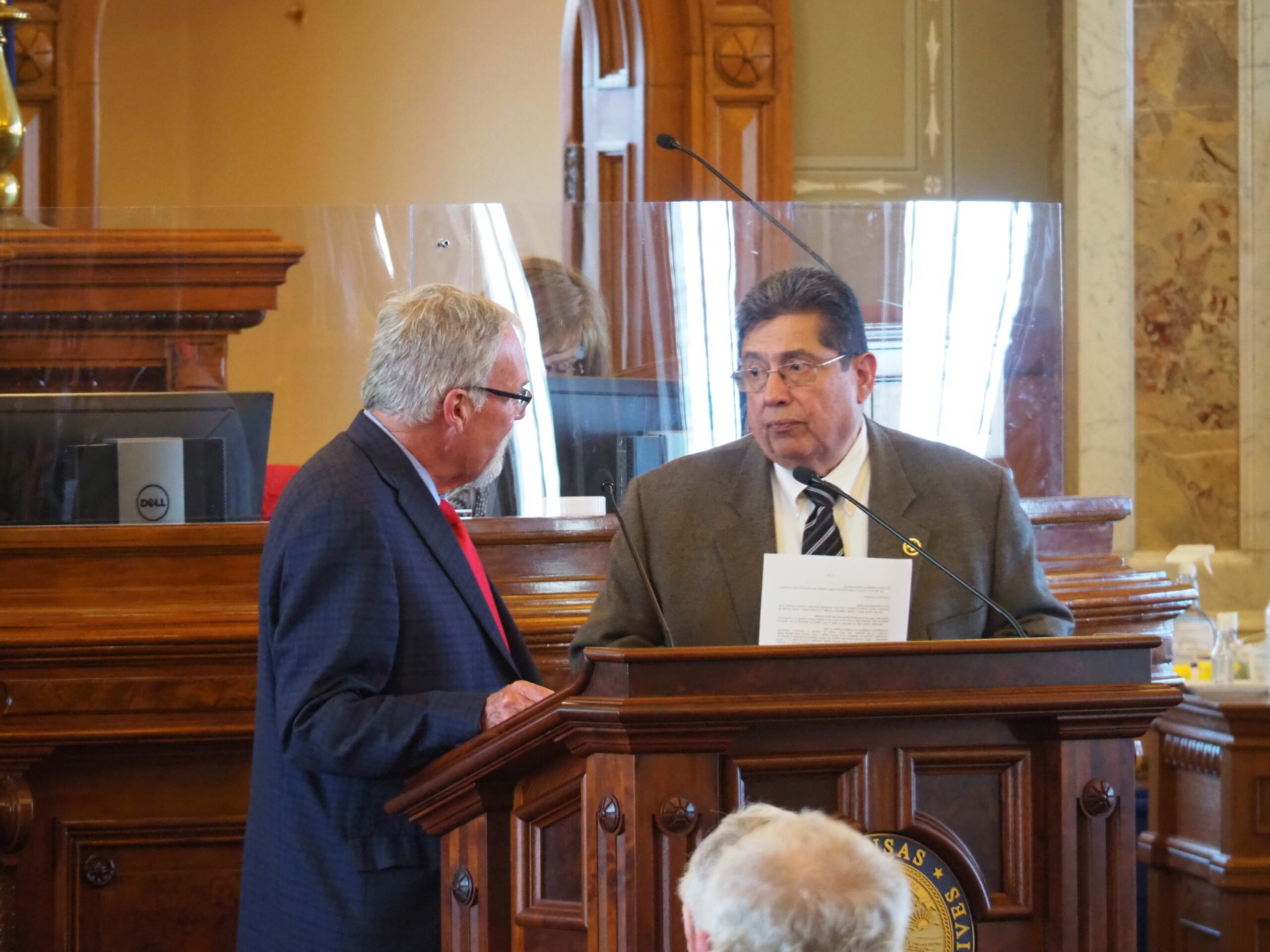 TOPEKA — The Kansas House on Thursday approved a compromise bill creating opportunities for tribal or state-owned casinos to engage in the online and in-person sports betting business.

The measure is expected to pass the Kansas Senate before being forwarded to Gov. Laura Kelly, who has expressed support for sports games in the past.

“I have guarantees that this will take place in the Senate,” said Sen. Robert Olson, an Olathe Republican and chief Senate negotiator on the bill.

Rep. John Barker, R-Abilene, said the bill has bipartisan support and is the result of about five years of effort. The GOP-led chamber voted 73 to 49 to confirm the deal reached by House and Senate negotiators.

Opponents have questioned the wisdom of developing an industry that has contributed to the downfall of approximately 65,000 problem gamblers in Kansas. They argued that the 10% state tax on sports gambling generating $1 million to $5 million in annual revenue was not enough incentive to legalize the activity. The four state-affiliated casinos could earn between $9 million and $45 million a year on sports betting.

“These 65,000 gambling addicts in this state, we are selling them. It’s like dropping a bomb on those 65,000 families,” said Rep. Pat Proctor, a Republican from Leavenworth who said he never bought a lottery ticket. “We created this monster.”

Rep. Tom Burroughs, a Kansas City Democrat, said the state has no right to tell Kansans how or where they spend their disposable income.

“We have games of chance. We have the lottery. It doesn’t have the unfortunate consequence that many of you think it will,” Burroughs said.

Rep. Tory Awerkamp, ​​R-St. Marys, said the legislature should put the bill on hold because it was crafted by casino companies or lobbyists. It would be better if the Kansas Lottery operated sports betting because the state would collect the profits the casinos seek, he said.

“It’s not something I think we should develop in Kansas, but if we do, let’s do it in a way that reflects people’s best interests,” Awerkamp said.

The bill included a provision funneling 80% of state revenue from legal sports gambling to a Kansas Department of Commerce fund that could be used to support the creation of a professional sports facility in Kansas. . This section of Senate Bill 84 was intended to express support for the movement of Kansas City Chiefs across the state line from Kansas City, Missouri.

Public casinos in Dodge City, Pittsburgh, Mulvane and Kansas City, Kansas – established under the control of the Kansas Lottery – would be allowed to operate sports betting. Tribal casinos would be able to negotiate with state officials to engage in sports betting.

Negotiators resolved a major hurdle by removing a provision from the bill that provided Wichita businessman Phil Ruffin would compensate the owners of the Kansas Star Casino in Mulvane if a court decides to launch a betting system on historic horse racing at a facility in Ruffin in Sedgwick County violated existing gaming agreements.

According to an earlier version of the sports betting bill, Ruffin would have paid Kansas Star Casino approximately $70 million to cover breaches of existing agreements and Ruffin would be reimbursed from gaming revenue.

Representatives for Ruffin argue that the financial arrangement was unnecessary because betting on historic horse races was legal under Kansas pari-mutuel law, as these devices were not equivalent to slot machines. .

Other states offering this form of horse racing gambling rely on video of thousands of past races to allow players to bet on the outcome.

Under current legislation, the Kansas Lottery and the Kansas Racing and Gaming Commission would share oversight of sports betting. Each casino could operate up to three online sports betting platforms. Bettors on casino platforms should be physically located in Kansas to submit a bet.

The bill would allow federally recognized Native American tribes to submit an application to the governor of Kansas and the Kansas Lottery Director to operate a sportsbook “under the same terms and conditions” applied to the four casinos in the state. State.