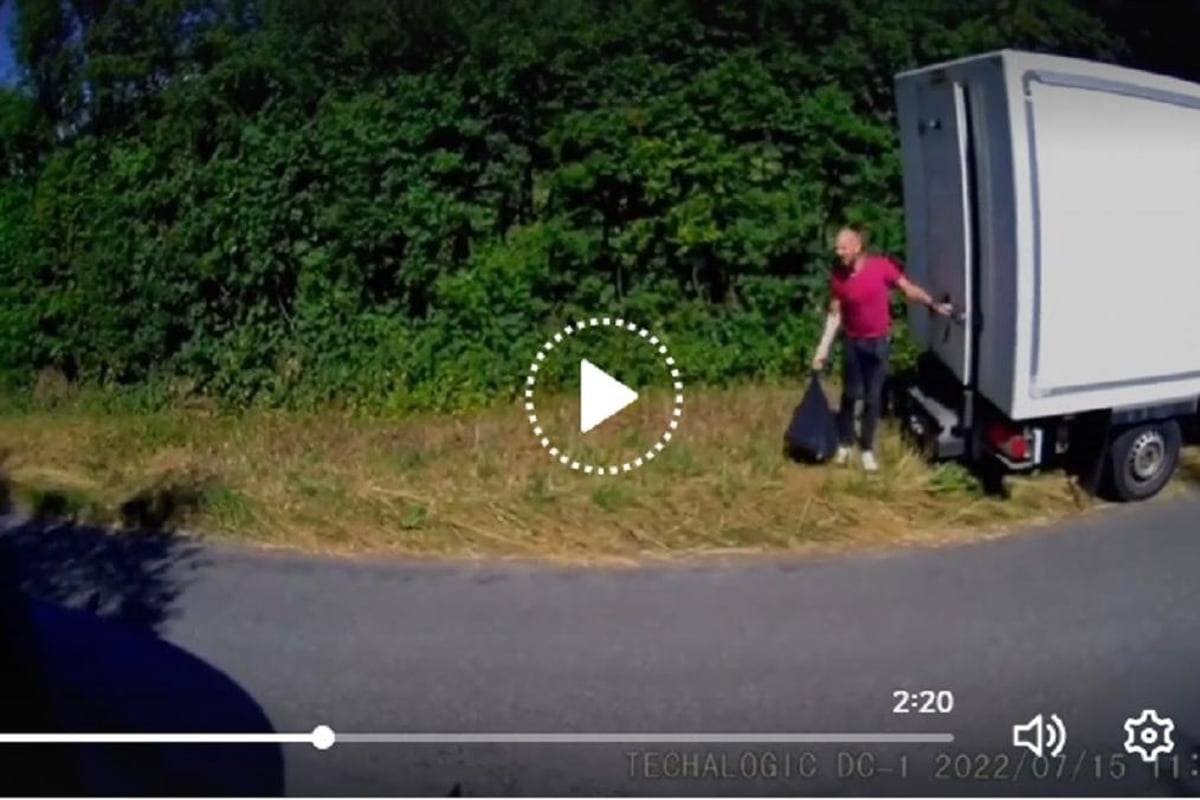 A Leighton Buzzard van driver was caught giving shocks at Great Brickhill by a rider with a helmet camera.

Paul Bond, 46, of Harrow Road, was sued at High Wycombe Magistrates’ Court on October 12 and fined £200, while he also had to pay £538 in prosecution costs.

Video footage shows Bond being approached by three horsewomen, who spotted him throwing black bin bags into a stream.

But the riders made sure Bond put the bin bags back in his van, while Bond later said his actions were “deeply out of character” and he felt “remorseful”.

A spokesperson for Buckinghamshire Council said: “It [Bond] was sued in court – despite picking up the waste himself – due to the fact that there was potential for environmental harm in what he did and if he had not been witnessed , the waste would have remained where it was, and most likely without anyone knowing.

“The fly-spilling incident for which he was fined involved several black bin bags which were allegedly illegally thrown into a drainage ditch/creek which ran alongside Partridge Hill.

“The ditch is near a sharp bend in the road, and any obstruction could allow the road to flood at a dangerous location.”

As they came around a bend towards The Three Locks pub, the lead driver saw a van parked on the edge of the grass.

The spokesperson said: “She saw a man in the front of the van throwing a black bin bag into the stream. She challenged him, saying he was fly dumping.

“The witness in the back of the three had a camera mounted on his helmet which was filming for their safety.

“This footage showed a man who, by the time she reached him, had moved into the back of the van, and he was filmed retrieving at least six black trash bags from the stream and dumping them. put back in the van, the man then left.”

Looking at the footage, the witness noted the vehicle registration number and reported the incident.

Buckinghamshire Council’s Landfill Enforcement Team then investigated and recovered the vehicle, with the help of Thames Valley Police.

The spokesperson said: “During the interview with PACE, the owner of the van fully acknowledged the offence, stating that he panicked when he was informed that he had just been informed that he wasn’t allowed to throw trash in a bin at Leighton Buzzard, as expected, he said he needed the van for another job.

“He said the dumping of the waste was completely irrelevant and he was deeply ashamed.”

Gareth Williams, Cabinet Member of the Buckinghamshire Council for Climate Change and the Environment, said: “I would like to thank the riders who witnessed and recorded this fly spill incident. They were rightly upset to see someone dumping rubbish in a country lane.

“We certainly don’t expect anyone to confront the tippers, but we would ask witnesses to provide us with the vehicle registration so that we can investigate.

“People can report fly tipping in Buckinghamshire to us online by visiting FixMyStreet. However, waste on private land is the responsibility of the owner. If you see fly tipping on private land, please report it to the landowner.