More than one way to tip? How Tipping Works at Seattle-area Restaurants 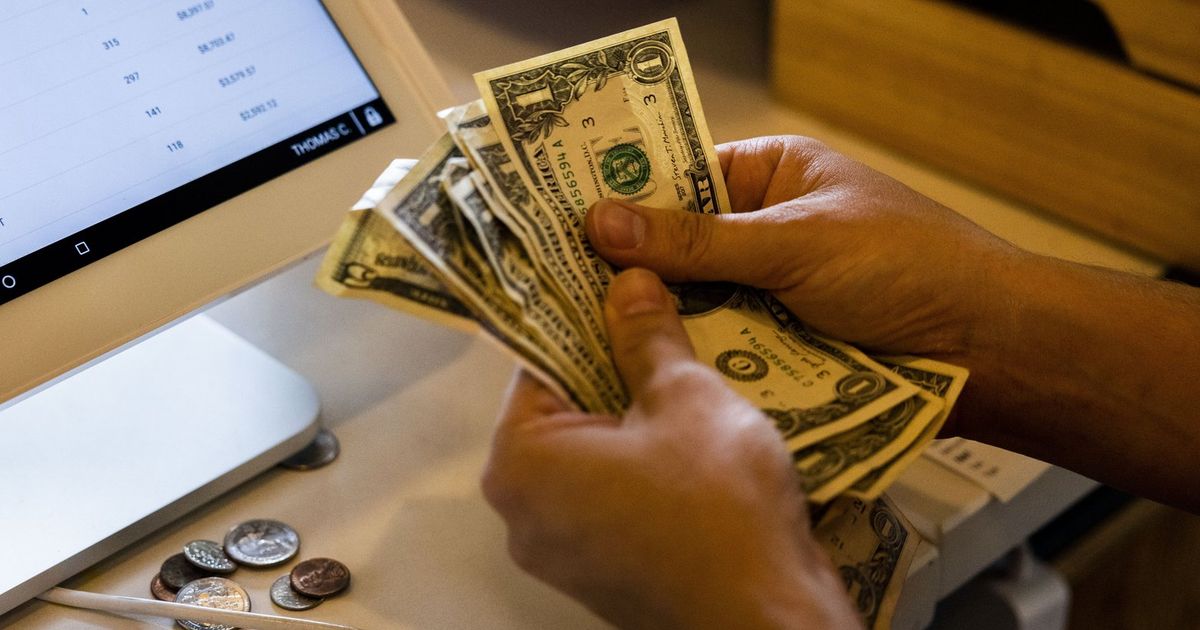 More than one way to tip? How Tipping Works at Seattle-area Restaurants

You’re at the restaurant and it’s time to pay the bill and calculate the tip. Because there are so many different ways restaurants handle tipping, you might tip your server on the credit card slip, you might have a service charge added, or there might be something called automatic tip added to your bill. You may also be charged a small service charge and tip. From restaurant owners to customers who tip, everyone has strong feelings about tipping. So what does this all mean and who gets this advice?

Washington State law states that all tips belong to the employees, but management/owners can determine how these tips are distributed, meaning there is no one-size-fits-all situation. While some restaurants in recent years have tried to move away from tipping altogether, the practice is still part of the dining experience in most of the United States, with restaurants doing so in myriad ways.

The four Seattle-area restaurant owners featured in this story run very different types of restaurants. They all believe that they manage tips in a fair way for their employees.

Traditionally, at the end of each shift, a server reconciles their sales, adds up the tips, and distributes a certain percentage to different support staff: this includes bartenders, busses, hosts, and kitchen staff. Support staff used to be paid at the whim of the waiters, receiving tips at rates determined by the waiter. Favoritism and politics between staff members usually dictated who got what, but in general those days are over. Now in most restaurants things work in a more structured way.

Shane Abbott, co-owner of the Fremont Lupo pizzeria, calls this the most “classic, old-fashioned” tipping method. It’s also the way the staff do it at Lupo.

At the end of each shift, servers pay fixed percentages to different support staff based on sales: 5% of food sales go to the kitchen, 2% of net sales go to a bus or a host, and 10% of liquor sales go to the bartender.

The percentage may change (with notice) depending on the appearance of sales and tips. There is no set tip charged for major parties, and on takeout orders, tips are currently split 50/50 between the person taking the order over the phone and the kitchen staff. Abbott plans to switch to an online ordering system for takeout orders that will allow them to stop orders if the kitchen is overloaded. If implemented, the online ordering system will reallocate 100% of these tips to the kitchen.

Abbott says the reason the percentages may change is because he’s trying to “bridge the gap” between kitchen wages and front-of-house wages. Minimum wage in Seattle is $15.75 an hour. Salaries for kitchen staff at Lupo start at $20 an hour, averaging around $30 an hour with tips, and kitchen workers are entitled to health care and paid time off – these benefits make part of an effort to close the gap. Servers, who typically work far fewer hours than kitchen staff, earn around $40 an hour with tips, but aside from sick leave, they don’t get health care or paid time off. through the restaurant.

An auto tip – colloquially known as “auto grat” is a fixed charge added to a bill. Some restaurants add them to large parties, other restaurants instill auto grat as a flat rate added to each bill. James Lim, owner of the Ballard brunch spot Watson’s Counter, instills the latter: Every check generated at the restaurant includes a flat 18% automatic gratuity and no option to tip extra.

Watson’s Counter was originally a tip-free restaurant when it opened in February 2019, but in late 2020, when restaurants were struggling with coronavirus-related closures, Lim decided to add mandatory tipping instead of increasing it. menu prices, asking his regular customers if they would support an auto grat.

“They supported us and we’re in a neighborhood where there’s money to do that,” Lim says.

For Lim, 20% seemed extreme, even though Watson’s Counter is a full-service restaurant where brunch menu items range from $15 to $22 per entree.

“Eighteen percent seems fair. We also have a 10.25% sales tax, which is almost 30% on top of what [customers] are already paying. We want it to make sense,” Lim says.

The 18% is distributed equally among all staff members based on the number of hours worked each week.

A restaurant can operate a tip pool in different ways, i.e. all tips received by the restaurant are shared among the staff members. Tips can be shared at different rates, where kitchen staff receive a different amount than service staff and support staff. The pool can be distributed at the end of each shift or according to the total number of hours worked per week.

Paul Osher opened his restaurant Ballard Pork Chop & Co in 2014, serving brunch and dinner with a full-service staff. During the pandemic, the restaurant pivoted, slowly removing items from the menu and, in May 2021, rebranding entirely as the counter-service name Rachel’s Bagels & Burritos. However, Osher has implemented a tip pool from the start.

“Everyone gets the same cup because we don’t have table service. It seems like the fairest and fairest way to do it,” says Osher.

Shifts are standard at Rachel, hours between front desk staff and front desk staff are the same. The restaurant doesn’t charge extra for takeout orders, but if someone places an order through a third-party delivery system like DoorDash, there’s a button to tip the staff (much like ordering another item stored; this is also separate from tipping the DoorDash delivery driver).

At the end of each shift, tips are counted and distributed equally among staff members.

At the end of each shift at Café Juanita, servers reconcile sales and tip percentages to the various support staff: couriers, busses, bartenders, etc. Separately, a 2.5% kitchen service charge, which covers tips for kitchen staff, is charged to each bill as a line item above the open line for tipping.

“Servers are very transparent about these charges when presenting the final check to ensure customers understand the service charge is there, how it is shared and to whom,” said Cafe Juanita owner Holly Smith. .

She points out that mandatory service charges or tips are not added at other times – “tipping is at the discretion of our customers, whether it’s a table for two or a table for 16” – and beyond 2.5%, customers still control the total tip.

“My thought has always been: even though customers don’t like that we added it, it’s so small that the customer has complete control over their total tip percentage and can reduce what they add by 2.5% if it’s better for them to get into their comfort zone for free,” Smith says. “Some people are still at 18%-20% while a lot are at 22% and above.”

Smith says they’ve always had the same structure at the restaurant, but similar to Lupo, they’ve increased the percentages given to support staff as the workforce grew and new positions were added, and they’re auditing the system every year to ensure the numbers are “fair”. to all parties.

And while that’s how each of these restaurants approaches tipping right now, they’re all open to the idea that there might be ways to do it better.

“Tipping worries me a lot. We hate it, we wish we didn’t have to do it that way, but it’s hard to get around,” Osher says.

Jackie Varriano
covers the food scene in neighborhoods around Seattle. She loves digging into stories that explain why we eat the things we do – and when – in our region and beyond. Contact her at [email protected] On Twitter: @JackieVarriano.