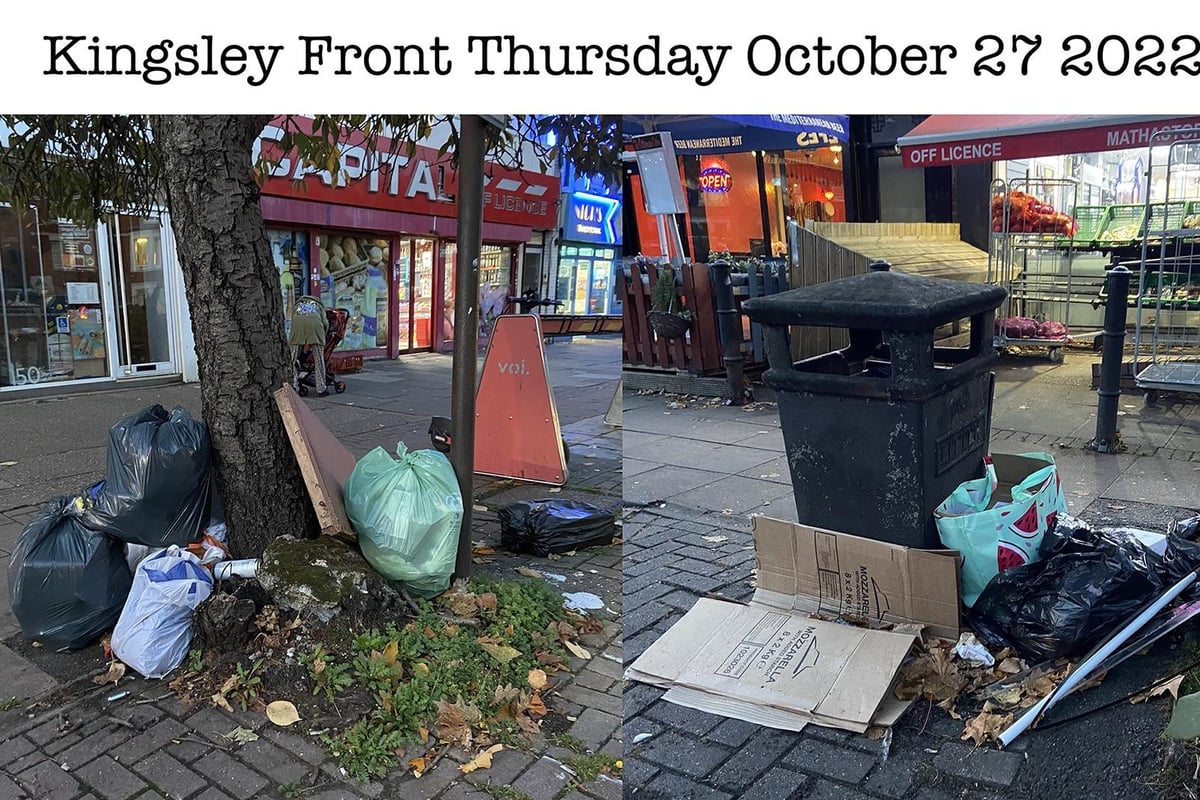 A resident asks the council to sort out fly dump hotspots that make Northampton look ‘unkempt, dirty and unhealthy’.

Fly dump campaigner Jayne West is once again calling on West Northamptonshire Council (WNC) to address fly dump issues on the busy streets of Northampton, this time at Kingsley Park Terrace. Jayne snapped a picture of rubbish dumped around a tree and a public bin on Thursday, October 27, which she describes as the ‘dreaded caves of Kingsley Front’.

She said: “I posted this [the photo] in the “Northampton is Rubbish” Facebook group and received many messages from others who also report the same two spots repeatedly. We can’t keep pointing it out, cleaning it up and hoping it goes away. Repeat offenders know they can get away with it. Couldn’t we have the Kingdom litter keepers there for about a month to stop him? CCTV? It’s a mix of residential and commercial waste every time.”

Jayne said people are “tired of pointing it out” and WNC’s current approach “isn’t working.”

She said: “It’s only getting worse and more and more established. It’s such a shame because it’s a beautiful area with great amenities which are let down by this one issue. This stretch and the Kettering road are a main gateway into the city center.. It puts people off, setting the tone of a neglected, dirty and unsanitary place.”

Councilor Phil Larratt, WNC’s cabinet member for waste, highways and the environment, said he was ‘well aware’ of the issues on Kingsley Front.

He said: “Unfortunately, it is the people who create the mess of fly dumps that the vast majority abhor, and the rules for residents, landlords and businesses are clear. When evidence is obtained, this advice does not will not hesitate to take enforcement action on behalf of those who take responsibility for their own waste. The message to those willing to flout the rules is that it is only a matter of time before we catch up with them. and make them pay for their disregard for the community and the environment.

“If residents witness landfill spills, they can report it to WNC at any time by completing the short online form on our website. By taking a tough approach and working together, we can stop fly tipping and have cleaner communities. »

Councilor Larratt says WNC is “in the process of setting up additional CCTV coverage of fly dump hotspots” and “considers Kingsley Park Terrace, among others, to be a priority”.

In response to Councilor Larratt, Labor Councilor Danielle Stone, from the Castle ward, said: “Our town is one of the dirtiest in the region. We have to ask ourselves why? Is it about criminal gangs? Is it what rogue owners? Is it a lack Is it all three? We only have 14 guards. It’s not enough. We need more.

In the past year, WNC reportedly issued 199 fixed penalty notices, with several culprits being punished in court.