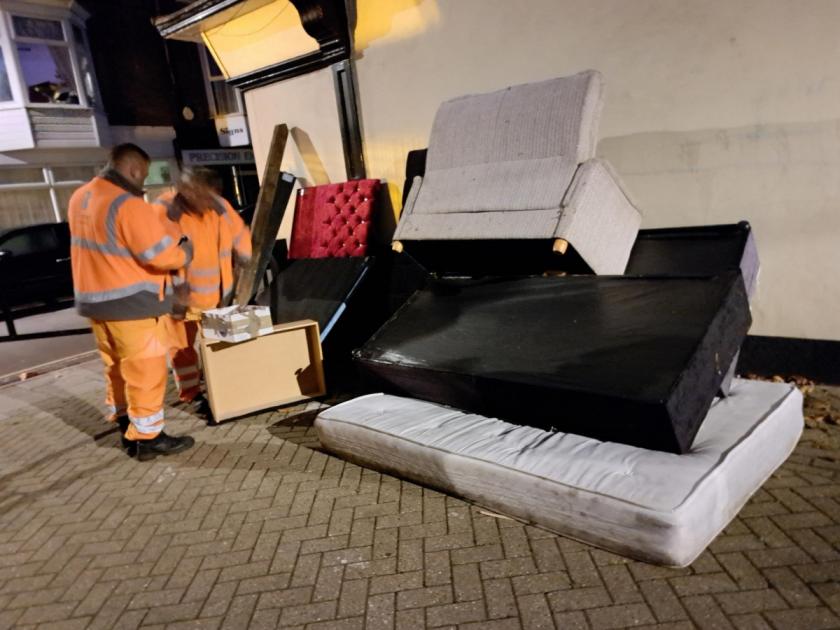 Residents are demanding action to stop fly tipping, saying their area has “become a tip”.

Residents of Wesley Street near Weymouth town center say they are tired of telling the council every time someone gives advice in their area, especially with how often this is happening now.

Residents say the trash is mostly household waste, such as mattresses, stoves, tables and other items that are all thrown away late at night every week.

One local said: “It’s become tipping. People have been tipping here for three and a half years, and it’s only gotten worse in the last six months.

“It’s a danger to people’s health, children play with it, jump on discarded mattresses. The waste is a horror, a disaster for visitors and residents alike and it must stop.”

Residents say the council has disposed of the waste well, but add that it has been going on for quite a long time and want a permanent solution. Some have suggested methods to address the root cause, such as setting up a CCTV camera.

Councilor Jon Orrell said: “The fly dumps are ravaging the neighbourhood. It’s very irritating because we have such a good tip run by the council, but people still persist in leaving their rubbish all over the street. Not just on Wesley St., but all over the world Region.

“I will explore with the council what enforcement methods we should adopt to catch the culprits.”

A Dorset Council spokesman said: “Dorset Council Waste Management Services are aware of the fly-tipping in this area, and our street cleaners have been cleaning up the mess periodically. However, to get a full picture of the Fly Dump Activities In order for our law enforcement team to investigate, it is essential that members of the public report these incidents directly to us.

“If you see a dump, write down where it is, take a photo if you can, and write down any other details. Never touch the trash or confront the dumps. You can report it using our online form or call on 01305 221040. Where there is sufficient evidence we will investigate reported incidents and try to trace and prosecute/amend anyone found guilty of discharging flies.