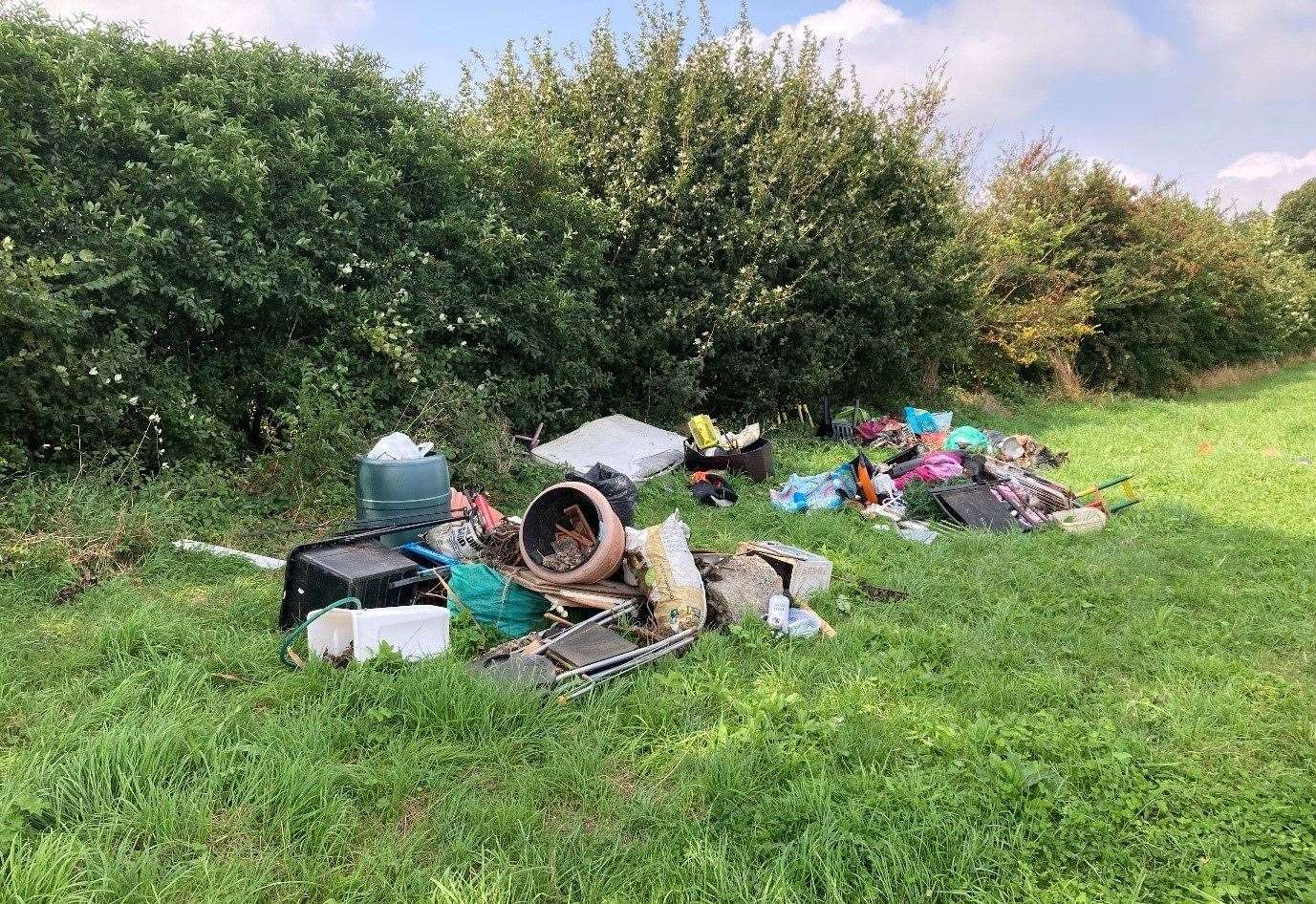 A man who collected rubbish from private homes and then dumped it in the countryside was given a suspended sentence.

Johnathan Elyja Smith, 43, took household items from homes in Deal and Margate before giving them to the fly.

He has now been prosecuted by Dover District Council (DDC) following an investigation.

The authority was first notified on August 9, 2021 when an incident of fly spills on land off Sandwich Lane in Frogham was brought to their attention.

The waste consists of corrugated sheets, 25 bags of waste including wood, cardboard packaging and metal, and a concrete tank.

The waste included documents relating to an address at Deal.

Following inquiries from the council’s Environmental Crime Team, CCTV footage of the man who collected the waste was located and the man was identified as Mr Smith.

Then on September 2, 2021, another fly spill incident was reported in the same area.

This time the trash included documents relating to an address in Margate.

The owner said a man in a white van took away the rubbish and the man was identified as Mr Smith.

In another incident on July 15, 2021, Kent Police officers stopped a white van, which contained a quantity of scrap metal.

The driver admitted that he did not have a scrap metal permit.

When these were not provided, DDC took the matter to court, along with two misdemeanors of dumping and failure to have a scrap dealers license.

At Folkestone Magistrates’ Court on Monday, he was sentenced to an eight-month prison sentence suspended for 12 months, 35 days of rehabilitation activity and a 6-month curfew between 7 p.m. and 7 a.m. and ordered to pay £150 costs, £156 victim surcharge, and compensation of £324.

He also received a five-year criminal behavior order, which prohibits him from: collecting, transporting or transporting controlled waste, including scrap metal, from residential or commercial premises that he does not own or operate. legal occupant; and approach anyone entering the perimeter of any residential or commercial premises to solicit or offer to remove waste from any premises other than their own.