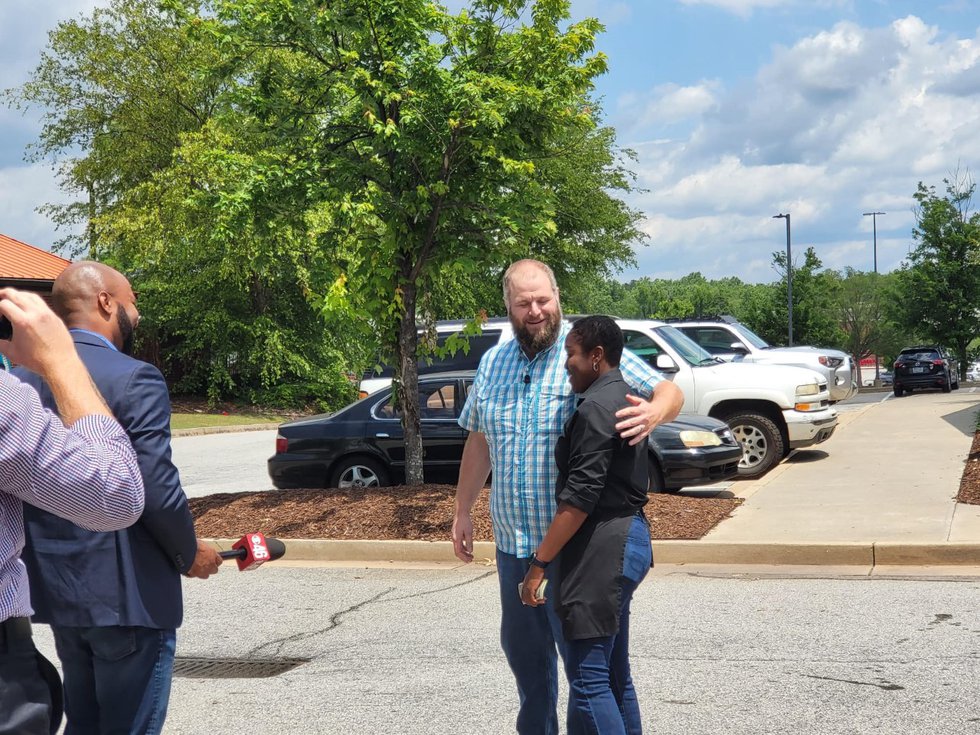 MCDONOUGH, Ga. (CBS46) – Moderators of a Henry County Facebook group dedicated to crime are trying to show there’s more to their community than violence.

When Cory Hise started the Henry County Crime Watch group on Facebook six years ago, his goal was to keep his neighbors up to date on crimes happening in the county. However, the father of two recently noticed messages began to have a negative effect.

“Yeah, we’re keeping people informed about what’s going on, but it was also scaring people,” Hise said. “It made people think there was just crime going on.”

Seeking to turn negative content into something positive, Hise and other moderators started what they call “Tipping Henry”.

“Everyone has a thing for someone they see working really hard.”

When the moderator of an online crime watch group overheard a couple having dinner and giving up on a local server, he decided to reach out to his 30,000 members for help. More on “Tipping Henry” tonight at 5 p.m. @cbs46 pic.twitter.com/3Sw6KHpfm2

“All members of the Crime Watch Group will donate money and once a week we will take those donations and do something positive,” Hise explained.

This week, Hise picked Laceta Dyer-Jack, a server at Longhorn in McDonough. On Monday, two customers picked up a bill for almost $100 and left before paying. It was the first time in 20 years of service that Dryer-Jack had a customer dine in and rush off.

“It’s not fair,” Dyer-Jack said. “Whatever tip they give us is our salary. If they dine and rush, we don’t get paid.

While CBS46 was interviewing Dyer-Jack on Friday, Hise surprised her with a cash tip of $502, the amount raised by her Facebook group of more than 30,000 members.

“Everyone has a thing for someone they see working really hard and the group came together and wanted to see that she was treated well,” Hise said.

His hope is that his group’s simple acts of wickedness will spread to other communities.

“Anything to spread joy,” Hise said.

“That will go a long way for me,” Dyer-Jack said with a big smile on his face. “Thank you thank you! Thank you very much.”

Hise has been spreading joy through “tipping Henry” for about four months now. He said this week’s tip to Dyer-Jack was their biggest yet. The group typically raises between $200 and $300 per week.