BEN Shephard has finally broken his silence on a huge fan theory about Tipping Point.

The TV host, 47, excited viewers after one particular celebrity episode brought up the ‘conspiracy theory’.

On July 10, the pre-recorded episode aired and Lucy struggled to get started.

After one of the counter-falls didn’t go her way, Lucy joked that the massive arcade-style machine wasn’t working properly. 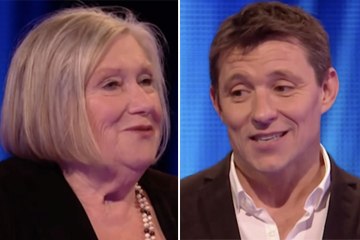 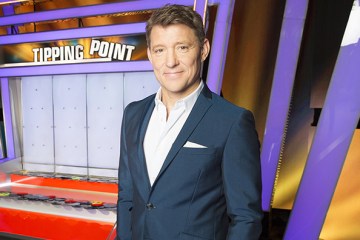 She said to Ben: “[There was] someone with a magnet behind it turning it that way.”

They both laughed when Lucy said, “I love a conspiracy theory.”

The theory of a huge magnet controlling the fall is one that has been discussed by fans of the show for years.

Ben’s response to Lucy’s joke suggested he was well aware of the theory circulating online.

Fans of the show were thrilled that the host finally spoke about it.

One wrote: “An answer on magnets, finally!”

Another added: “Lucy asks Ben for a ‘magnet’ lol.”

Despite Lucy’s slow start on the game show, she managed to get a decent amount of counters from the slot.

The actress racked up £3,600 in her prize pool but failed to clear the jackpot counter in the final round.

It meant she was faced with a decision, risk a trade or walk away with the money to donate to charity.

Lucy took the money saying, “I don’t [the trade]I take the money”.