TN’s Official Guide to Tipping Around the World 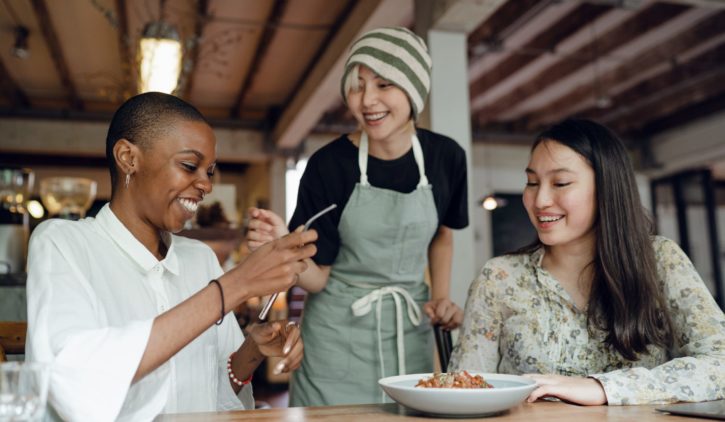 TN’s Official Guide to Tipping Around the World

There have been more than a handful of times when I’ve arrived in a new country, gone for a bite to eat at a coffee shop, and had no idea what tipping is customary. In these cases, I either looked up other tourists or googled some quick answers on what to give the waiters.

Even in hotels where there are dozens of staff making sure you have an amazing stay. It is not always appropriate to tip in some countries. Some travelers don’t want to tip too little or too much. Well look no further; Here’s a cheat sheet for tipping on your travels.

From the airport to the hotel

Depending on how you get to your hotel, here are some tips for tipping when you get around.

Most hotel shuttle drivers in foreign countries get a flat rate per day from the hotel to drive guests to and from the airport. Depending on the country you are in, it would suffice to tip the driver between $2 and $5.

Forget tipping taxi drivers in any country. Once they know you are a tourist or if you are in a very touristy area, the rate is probably already inflated.

Set the tone for your hotel stay by tipping your porter. They are usually the first point of contact when arriving at your hotel. A party of four with luggage for a 3-5 day stay should tip $10-$15. If the weather is bad or they have to travel a long distance to carry your luggage, let them know you appreciate them for their great work. You also don’t want the rest of the staff to know you’re an ungrateful American.

Often invisible, this team helps keep your room spotless when you return each day (at least they usually do). They are also among the lowest paid workers in the industry, so a tip for them can go a long way.

Documented as one of the most underpaid workers in the hospitality industry, the housekeeping team definitely deserves a tip. Since the housekeeping staff consists of several people during your stay, a small tip per day makes the most sense. Leaving a big tip at the end of your stay might end up going to just one of the many workers.

A dollar or two a day can go a long way, but also match the cost of living in the country you are visiting. Be sure to leave the tip out in the open where they can obviously know it’s for them or with a small note if needed.

Most of us will use the internet to populate our itineraries with the best things to do and sights to see in the country we’re about to visit. But a concierge can certainly become an asset to your schedule and help you find the best travel and excursion deals in this country. There have been many times where I have found my personal drivers through the concierge to get the best rate to get around town.

Tip the concierge based on how much help he provides, if he just gives you directions it’s not necessary, but if he spends half an hour to an hour organizing your activities holidays, leave a good tip.

Reception staff do not require tipping. More than likely they are on the path to a management position and earning an annual salary instead of an hourly rate.

Americans have a habit of tipping all over the United States. Mainly, because we understand that many servers and bartenders work for tips and quarter pay. But in Europe, employees are paid by the hour and might see tipping as a form of disrespect.

Whether in North, South or Central America, always tip between 15 and 20%. In South America, countries like Brazil, Costa Rica and Chile already include an “occupancy fee”, so there is no need to tip. Be sure to check your receipts in tourist areas, as tips may already be included in your totals.

In most European countries, waiters receive good wages working in bars and restaurants, so tipping is not necessary. Also, if there is a service charge, they will add it to your bill.

Now, if you received exceptional service and want to leave extra, it’s up to your best judgment.

All the countries of the Middle East expect a tip. An additional tip of 15-20% on top of the service charge would also be expected. Many African countries expect around 10-15% tip on the bill.

In countries like China, waiters refuse tips. In Japan, tips are only accepted if they know their service has exceeded expectations. Countries with high tourist traffic like Thailand are starting to accept tips and also add a service charge to their bills.

Related: Did you know tipping is rooted in slavery? That’s why it’s rare overseas