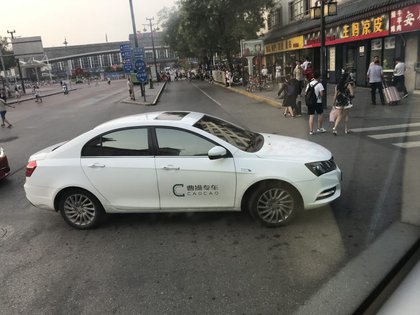 Many older people remember the first time they held a smartphone. The devices were quirky and expensive and innovative enough to draw crowds at parties. Then, less than a decade later, it became unusual not to own one.

That same societal shift is now happening with electric vehicles, according to a Bloomberg analysis of global adoption rates.

The United States is the latest country to pass what has become a critical tipping point for electric vehicles: 5% of new car sales powered solely by electricity. This threshold signals the start of mass EV adoption, the period when technology preferences are changing rapidly, according to the analysis.

In the case of electric vehicles, 5% seems to be the point where early adopters are overtaken by mainstream demand. Before that, sales tend to be slow and unpredictable. Then, a rapid acceleration in demand ensues.

It makes sense that countries around the world follow similar patterns of EV adoption. Most barriers are universal: there aren’t enough public charging stations, cars are expensive and in limited supply, buyers don’t know much about them. Once the road has been paved for the first 5%, the masses soon follow.

Thus the adoption curve followed by South Korea from 2021 ends up looking very similar to that taken by China in 2018, which is similar to Norway after its first quarter at 5% in 2013. The next major automotive markets approaching the tipping point this year include Canada, Australia and Spain.