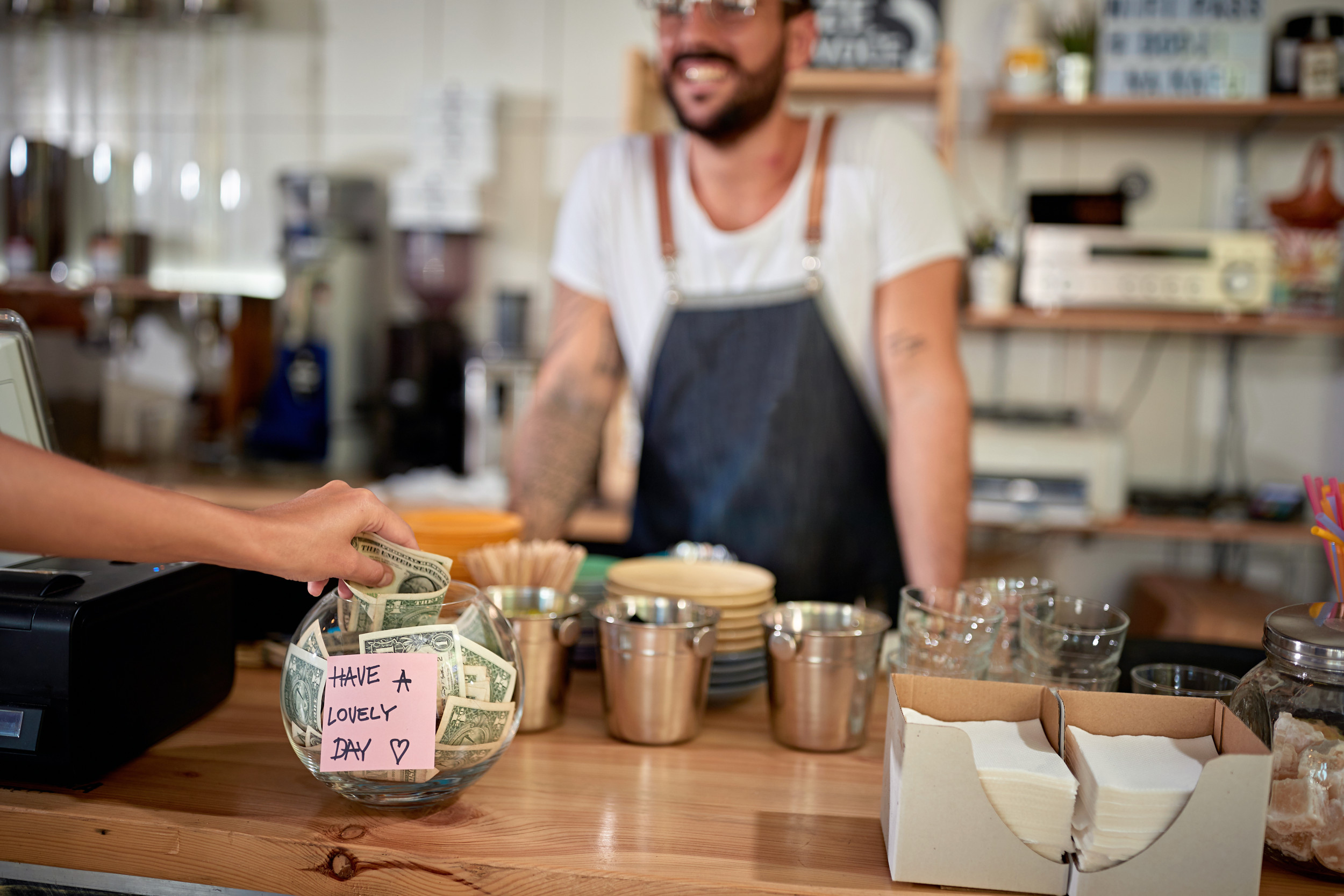 The video of a woman poking fun at tipping culture has gone viral and sparked a conversation among viewers.

TikTok user @aubreygracep posted the video to his account where it amassed nearly two million views in just five days. You can see the video here.

“The awkward moment when they can see what you’re giving,” the video’s caption read.

According to Emily Post Institute Inc., there are a number of instances where tipping is expected, and one of them is in the food service industry.

In the event that someone is in a restaurant and receives service from a waiter or waitress, customers are encouraged to tip between 15 and 20 percent before taxes.

But if a tip jar is left out, the organization said there is no obligation to tip.

“Once in a while if your server or barista provides a little something extra or if you’re a regular customer,” the organization said.

In the skit, a woman posing as a service worker swiped an iPad at the “customer” after telling her the total of her drink.

“Insert your card, and it’ll just ask for a few little prompts here,” she said.

The screen displayed three different tip options for the “customer” to pay, in addition to a custom tip amount and the option to leave no tip.

The ‘customer’ has reached out to press the option not to tip, but the ’employee’ is seen looking over the screen.

Once the “customer” realized she was being watched by the “employee”, she stopped and ran her finger over the tip option amounts.

The video ended just as the “customer” was about to select the option to leave a 25% tip.

“Pressure to tip,” read the caption on the video, prompting viewers to give their thoughts in the comments section.

“I used to feel so awkward but now I don’t get a tip and I’m leaving,” one viewer wrote.

“This tipping culture is spiraling out of control,” read another comment.

“Nah ’cause I’m gonna smash this button no tip and watch [them] straight in the eye, unless they’re a waiter, I don’t tip you,” one TikTok user wrote.

A viewer said he bought frozen yogurt and placed the order himself and was asked to tip the employee.

Some viewers, however, encouraged customers to tip employees.

“What sucks is that companies should pay [their] employees more,” one comment read. “Instead, baristas must rely on tips to earn a living wage. So yes, please tip.”

“Bartenders make your drink just like baristas,” another viewer wrote. “I don’t see any difference. If you have a problem with that, blame American tipping culture.”

A viewer wrote that it’s just as uncomfortable for employees to give customers the option to tip.

“I know this is a joke but these people are just trying to do their job,” read one comment. “A lot of times they don’t have a say in what appears on the screen.”

Tipping culture in the news

The conversation around tipping culture isn’t new, and many have shared their thoughts on it in viral internet posts.

A waitress showed off three paychecks she received, one of which she only earned $0.01, in a viral TikTok video.

Another video showed a customer who said she thought tipping culture was “out of control”, a sentiment many viewers agreed with.

A video showed a pile of brown paper bags which were not collected by delivery drivers because the customer had not left a tip on the orders.