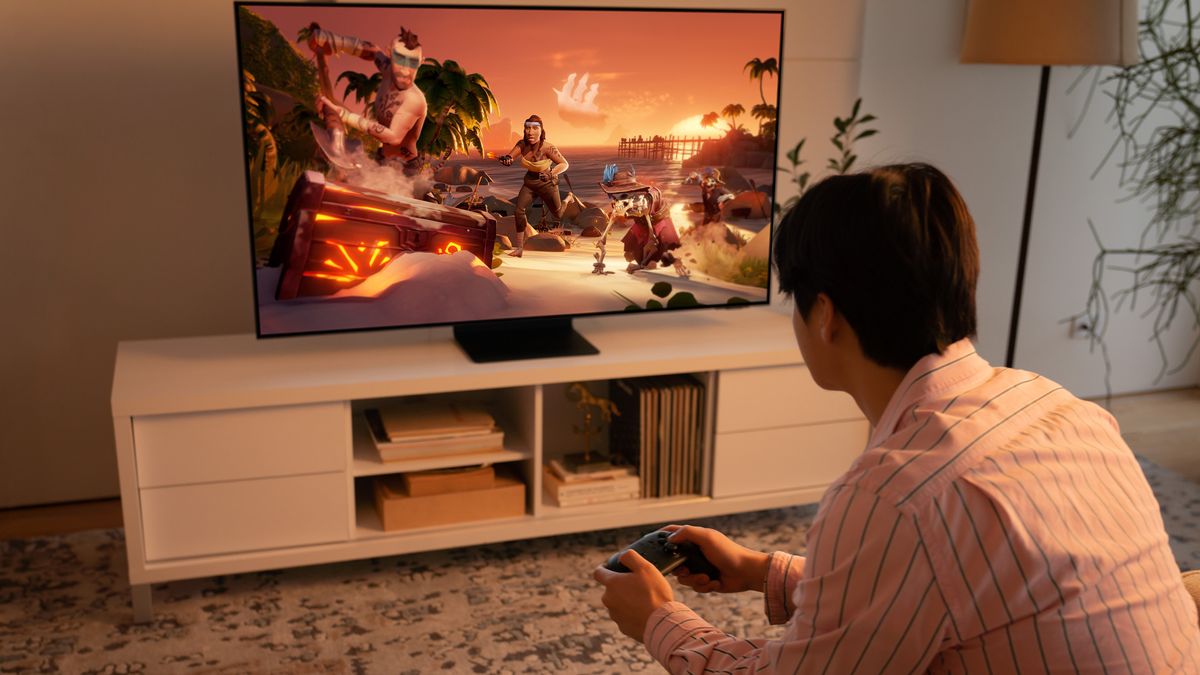 Ever since Microsoft launched Xbox Cloud Gaming, a console-free future for Xbox has been on the cards. Today’s news that Samsung smart TVs will be able to stream Game Pass Ultimate through the Samsung Gaming Hub app is our first real glimpse at what that future looks like.

As part of its What’s Next For Gaming briefing, Microsoft announced that starting June 30, 2022 Samsung smart TVs will include a Samsung Gaming Hub app that will allow you to stream all Xbox Cloud Gaming compatible games to a Game Pass account. Ultimate on your TV and play. with a controller connected via Bluetooth.

While the catalog of games available through Xbox Cloud Gaming is more limited than the full Xbox Game Pass library, it still gives you more than 100 games to stream straight to your TV.

Microsoft Vice President Ashley McKissick confirms that this partnership with Samsung is only the first the company is considering, saying its “intent is to explore other TV partnerships as part of this next evolution of our vision”.

If you don’t have an Xbox yet and are planning on buying a new Samsung TV this year, this could be the icing on the cake. Or, you could have a second TV set up for a more dedicated gaming space, and this Samsung Game Pass-streaming TV would be for casual gaming in the main living room. Either way, it’s lovely, but it’s not the big picture.

Microsoft wants to make Game Pass accessible on any screen without dedicated hardware. Gaming consoles and PCs aren’t obsolete; having a powerful machine running games right next to the screen you play them on currently has many advantages over cloud gaming. Image quality and controller latency are still significantly better when playing games on a dedicated machine. But, thanks to Xbox Cloud Gaming, you can play games on your phone, tablet, and now TV without a single extra kit.

Until a few months ago, I had never seen how Cloud Gaming fit into the way I played games – I had a gaming PC and several consoles, including a Switch that I could take with me on the go. Why would I also need to stream games to a device, especially when the quality of the stream might be inconsistent? The only real benefit seemed to be that you reduced the time spent installing a game and loading saves.

That changed when I recovered from Covid in January and found myself self-isolating at my parents’ house for ten days without any of my consoles. All I had was an underpowered laptop that could pretty much run Slay the Spire. It was only then that using cloud gaming clicked for me. I ordered an Xbox controller the next day and spent the remaining eight days playing games like Halo Infinite and Star Wars Jedi: Fallen Order, titles my laptop wouldn’t have hoped to. function.

Currently, Cloud Gaming opens the door to games that you can’t play on low-powered devices. But as technology improves, I can see it making console ownership the rarity, not the norm for gamers.

I remember back in 2004 when Half-Life 2 launched and forced you to install Steam to play the shooter, a friend said he would always buy physical games because his limited internet made downloading them impossible. Then, over the years, internet speeds improved, download caps increased, and now the market for digital games has outstripped physical sales. It looks like the same time for cloud gaming.

Microsoft will only increase its screen space penetration over time. More and more TV manufacturers will offer native game hub apps. And, in the meantime, we know that Microsoft is working on an Xbox Streaming Stick that you can plug into any TV and start playing the best Xbox Game Pass games. Cloud gaming will become more available, more standardized and just plain more familiar.

The question is, will there come a time when the streaming experience will be so good that it makes sense for Microsoft to stop producing hardware and just focus on software? Maybe there is a ceiling on the quality of cloud gaming and dedicated technology will always have the edge. Maybe not.

Finally, how will Sony respond to this decision by Microsoft? He’s already explored streaming via Playstation Now, a service he’s collapsing in the new-look PS Plus which will launch later this month. With Sony releasing more of its PC exclusives, it’s clearly open to seeing its software working on non-Sony devices. Could we see it streaming its PS Plus catalog to TVs and smart phones like Microsoft does? Once it seemed inconceivable; now, with the promise that half of first-party PlayStation games will be on PC and mobile by 2025, you wouldn’t bet against it.

All this to say that you shouldn’t be quick to dismiss cloud gaming. With companies like Microsoft and Samsung working so hard to make it work, it’s here to stay.