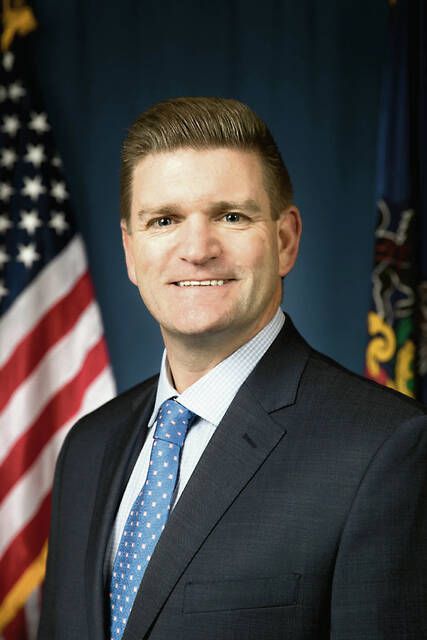 Yudichak said he wanted to clarify the issue because some county council members have cited online gambling as a reason they are reluctant to guarantee infrastructure loans that are supposed to be covered by casino gambling revenue. They questioned whether casino funding was secure amid an increase in online gambling.

Under state legislation approved last year, the county’s redevelopment authority will borrow a planned $55 million for local infrastructure projects and then repay that debt with an annual allocation of $3 million. dollars from the Local Casino Funded Sharing Account, or LSA.

Since the redevelopment authority does not have the ability to generate revenue independently, it asks the county to guarantee loan repayments in the event the casino’s funding is insufficient.

Yudichak said the county’s LSA is “robust and stable” and predicted it will grow as online gambling grows.

“The increase in online gaming revenue is a great boost for the Luzerne County LSA and further minimizes any risk to county ratepayers,” said Yudichak, I-Swoyersville, in reference to the county’s guarantee. .

In Pennsylvania, online gambling operators must be affiliated with and receive a certificate from a land-based casino, Yudichak said.

Pennsylvania and other states are using the technology to ensure that residents within their borders can only play online games sanctioned and regulated by their state, he said.

Mohegan Sun Pocono Casino in Plains Township entered into an agreement with Kindred Group (formerly Unibet Group) in 2019 to provide online gaming, according to information it provided.

Overall, Mohegan Sun provided $11.24 million to the LSA in 2021, with the rest coming from gambling inside the Plains Township facility – $10.6 million from gambling machines. under and about $325,000 from table games, according to the chart.

Like its counterparts in other states, the Pennsylvania Gaming Control Board uses GPS software and computer/mobile phone IP address identification to prevent out-of-state users from playing games. Pennsylvania-licensed internet game offerings, according to a state publication.

If someone in Pennsylvania is able to access an online gambling site not affiliated with a casino in the state, that site is from another country and is considered illegal in the state, the post says. .

“Strict regulations that protect players may not exist at offshore gambling sites, and there may not be guarantees about payment of winnings or access to money placed in your account,” the publication warns. .

The only gaming revenue excluded from the Luzerne County LSA comes from sports betting and also from video game terminals at truck stops, Yudichak said. The county council had voted in 2017 to ban slot machines at truck stops.

It is unclear whether the loan guarantee requested by the redevelopment authority will be put to a vote at an upcoming council meeting.

Borrowing at a higher interest rate may be an option without county collateral, but it would reduce the amount of money available for infrastructure projects, officials said.

Some council members also questioned why new state legislation requires the redevelopment authority to borrow as a condition of receiving the $3 million in LSA funds for infrastructure each year for 25 years.

Yudichak reiterated on Monday that the initial injection will jump-start large-scale infrastructure projects that have been postponed and could be paired with new federal infrastructure funding to complete more work.

While the county’s LSA has responded to many urgent community needs, some have criticized its failure to fund more costly regional projects as originally planned.

“You can’t pay for major infrastructure projects one year at a time, and the cost to Luzerne County ratepayers will increase exponentially as these projects continue to be postponed,” Yudichak said.

He cited the South Valley Parkway as an example, saying it was originally slated for $27.5 million in 1998 and had grown to $90 million when construction began in 2008. If bridge replacements and other projects are postponed for years.